Students have returned to campus from exciting international experiences, and are gearing up for final exams and winter break. I have interviewed some students about their memories from Academic Travel, and here is what they have to say: 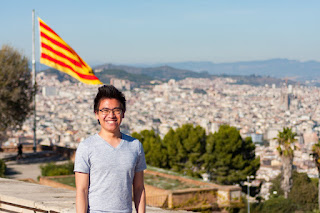 Year: Junior
Major: International Management with an emphasis in Marketing

What was the focus of the course?

“The focus of the course this year was specific to the current political situation between
Catalonia and the greater Spain. We concentrated on what was going on, why it was happening,
and if people actually wanted independence.”

“When we spoke with the dean of one of the universities there. He told us all about his own perspective, because he is from Barcelona. He explained to us that a lot of people feel like they are being treated unfairly by the Spanish government, and that few people really want independence because they would lose so much by not being a part of the EU. Most people just want to be treated better by the Spanish government - they feel like they are giving much more than they get.”

Could you feel the tension because of the current political situation?

“It was pretty difficult to… The first day, we went out and saw a lot of demonstrators with flags, but that was it. It didn’t feel tense or anything. There was even a day when they had a huge pro-Spain demonstration, but it was just a lot of older people with Spanish flags. We felt safe going out during the day and at night.”

Were there any specific memories that stand out?

“The day of the official declaration of independence. We stumbled upon a massive pro-independence demonstration in front of the Catalonian parliament. There was a lot of people and police, and then they just dispersed. Everyone seemed happy. It was surprising because I figured that if we saw a demonstration that it would be tense. That was an interesting moment.”

“The mixed paella that we had in Sitges (a nearby beach town).” 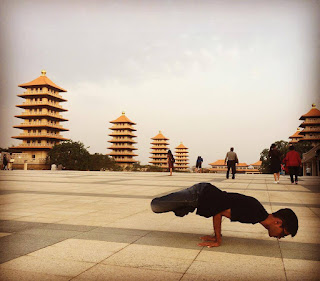 “Arts and cultural heritage of Taiwan. We explored the island through an art historical perspective; we learned detailed information about the island and how the art developed. Taiwan is important because it is a hybrid; it had been a victim of the Chinese, Japanese, and Europeans. We spent the travel trying to discover the Taiwanese identity and exploring it through art history.”

“I love visiting ancient temples. We visited an ancient Buddhist temple from the 18th century, Longshan Temple, and I felt that I could relate because of the similarities between my own religion, Hinduism, and Buddhism. We went on a self-guided tour/exploration to look at the art forms of Buddhism, and try to understand how the traditions developed. There were a lot of ceremonies going on while we were there so we got a live experience of the art and traditions.”

Did you do anything particularly interesting during your free time?

“We made extremely productive use of our free time whenever possible. One day, my friend, Alex Rockicki, and I got an ancient foot reflexology massage and we learnt a lot about how the body systems work according to Chinese medicine.”

“A group of us went to a monastery called Fu Guang Shan in Kaohsiung, and that is where I had the best food. They had 100% vegetarian food, and it was nice to experience the traditional Taiwanese Buddhist food. I also made friends with a monk there that I still keep in touch with.”

“Our tour guide in Armenia, Vlad, talked a lot about how the Armenian government has erased a lot of their history. Until the 4th century they were a Pagan country, but then they became the first country to accept Christianity as their state religion. It is unfortunate because so much of their culture, identity, and traditions come from Zoroastrianism and Pagan rituals, but now they kind of pretend it never happened… After learning this, as we were driving back from Armenia to Georgia, we stopped in a Yazidi town that still practices Zoroastrianism and is currently building a new temple.”

What was your favorite activity during your free time?

“One of my fondest memories from travel was the night that we went to the rugby game that one of the Franklin alumni was playing in. Afterwards, we went out to dinner with the whole team to celebrate the game, and it was really special to be immersed among people from all over the world that now live in Tbilisi. Being a part of their celebration, complete with the traditional tomada where everyone at the table toasts together, was something I'll remember forever!"

“My favorite food that we tried were the Georgian dumplings (khinkali). We found out that they actually come from the eastern Mongolian influence. This was interesting because most of the talks that we went to discussed the European influence over the country.” 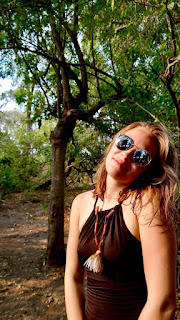 “Environmental Politics. We went to a number of different nature preservations around Botswana which had different wildlife tactics and sanctuaries.”

“My favorite learning moments by far were some of our many experiences while camping in the Okavango Delta. One morning at 5am we went for a bush walk where the locals guided us and taught us about their very personal stories and connections to this land and wildlife. Whether us was standing still amongst the elephants just feet away, learning droppings and tracking myself, or listening closely for animals around us, we got to have a completely tangible and unique learning experience that I will never forget.”

Did you have any standout moments during the travel?

“Some of my favorite memories of this travel were having so much fun with our group and locals, with nothing but conversation, a soccer ball, and some great food. I was surprised just how much we all opened up when we didn’t have the walls of the worlds we knew around us. We were all initially out of our element while camping, but once we settled in, we couldn’t have felt more at peace or more at home with everyone. It was really beautiful to see everyone so free and curious and happy.” 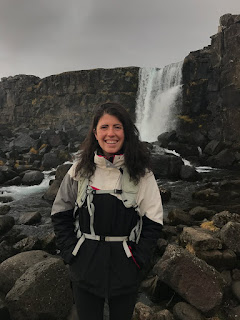 As you may remember, I spent twelve days traveling through Iceland studying tourism and the environment. The rumors are true: Iceland is breathtaking. In just one day’s worth of driving we passed volcanos, lava fields, glaciers, waterfalls, and the sea. The variety and purity of the nature was astounding. After spending time in Laugarvatn and Ísafjörður (a small town in the Westfjords), we finished up the travel in Reykjavík. Here are some fun facts about Reykjavík: (1) It is technically the only city in Iceland (2) Reykjavík literally translates to “smoky bay.”

If you are planning on going to Iceland, I have a few recommendations for you:

Ø  Go to as many local pools and ‘hot pots’ as you can! The Blue Lagoon is crowded and expensive, but the local pools are still accessible and affordable (around 10 CHF/USD). These pools offer a variety of hot tubs, saunas, steam rooms, and lap pools.

Ø  Research beforehand. Make sure to bring the proper equipment for the prospective activities and weather. You do not want to be hiking up glaciers in running shoes, or caught in a snowstorm with too few layers; and you definitely do not want to make any big, last-minute purchases in Iceland – it is extremely expensive.

Ø  Be conscious of your effect on the environment and the local community. Iceland is facing a HUGE boom in tourism, and is still trying to catch up. Make sure to do your part to minimize your impact, so that others can continue to enjoy Iceland’s natural beauty for many years to come!


Academic Travel is such a valuable part of the Franklin experience. During AT, students
have the opportunity to form close relationships with their peers and professors, and see sites that
they would otherwise read about in textbooks. I am already excited to pack my bags for Professor
Zanecchia's South Africa Travel that I will be participating in next semester!

Thanks for reading up on this semester's travel experiences. Check back in soon!