Showing posts from March, 2017
Show all

As you might already know, Franklin students  come from all around the world. We have our own student body and faculty to thank for creating this amazingly multicultural community. By living and learning among so many people with different backgrounds, we are constantly evolving and developing our perspectives. Academic Travel = studying abroad during your study abroad! I myself am a huge advocate for study abroad programs - I think everyone should be able to experience other cultures in this way. So I decided to write this post to explain some of the reasons that studying abroad is an invaluable experience everyone could benefit from. Here are six ways that studying abroad will change your life (for the better!): 1. You will learn how to become independent and rely on yourself.  Navigating the unfamiliar can be difficult. Tasks like grocery shopping when you can't understand any of the languages on labels or figuring out a complicated metro system can be challenging
Post a Comment
Read more 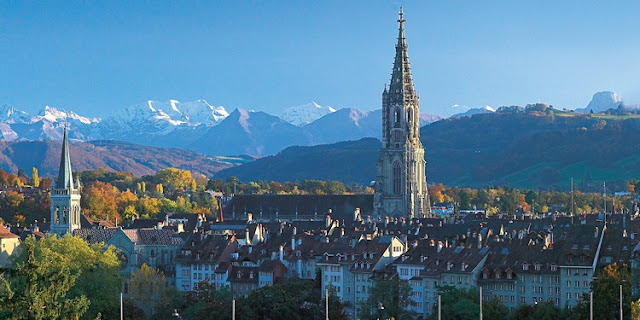 Welcome back to Swiss Cities in Depth , a series where I explore and share what Switzerland has to offer. In the last post , I wrote about Lugano, where Franklin is located. This time, I'll be talking about Bern, the capital of Switzerland! You may have seen it spelled "Berne," the French version of its name. Keep reading to find out about Bern's multilingualism, plus much more! Bern's Cathedral (tallest in Switzerland!) Brief History and Politics The city of Bern was founded in the late 12th century. It joined the Swiss Confederacy in the mid-1300's, soon conquering nearby territories and increasing steadily in population due to immigration from surrounding areas.  After its original wooden buildings were destroyed in a huge fire in 1405, Bern was rebuilt with sturdier materials in a style that remains characteristic of the city today.  In 1848, Switzerland was united as a federal state and Bern was made the seat of the federal government,
Post a Comment
Read more
More posts