"I love Switzerland. It's so clean and cool. We don't get much snow where I live so I get real excited in Lausanne and Geneva. I'd like to buy a house there when I'm older and settle down" -Michael Joseph Jackson, American Singer, Songwriter, and Dancer. 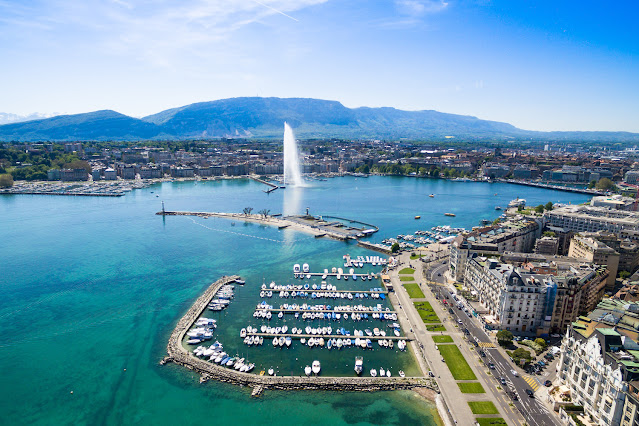 Welcome back or welcome to Adventures at Franklin! 4 years ago, a wonderful series on this blog called "Swiss Cities in Depth" began. Check out the first post on Lugano here and the second post on Bern right here. Today, I'm so happy to be able to continue this series, and write about a city very close to my heart. For those of you who may not know, I am from and grew up in Geneva. I lived there from 2002-2009, and then from 2012-2017. In 2017, I moved to Lugano to study at FUS but I return to Geneva multiple times a semester, as well as for winter and summer breaks.
I also chose to write this post because usually around this time of year, the "FUS visits Romandie" or "Swiss Bus Tour" happens, and FUS students get to visit Geneva and a few other cities in the French part of Switzerland. This year, it is not happening due to COVID-19, but I hope in the future for this great FUS tradition to continue!
Read on to learn a brief history, popular attractions/sites to visit, and fun facts about Geneva!
Brief History:
Early beginnings: Geneva's history stretches back to over 2000 years! The earliest record I could find of a mention of the city was from 58 B.C. Geneva is noted as a Roman settlement used mainly as a trade center due to its central location in Europe. However, Geneva's central location also meant that the city changed hands several times over the centuries. The Romans, Burgundians, and Franks all held the city at different points.
Independence: Eventually is 1535, Geneva established itself as an independent republic, and in 1602, Geneva repelled an invasion from the Duke of Savoy. To this day, we still celebrate this event which we call L'Escalade. Escalade translates from the French verb "to climb" in English. The story goes that during the night, intruders tried to scale the walls of Geneva in an attempt to take the city by surprise. A lady noticed them scaling the walls and poured hot soup on them. The noise alerted the city and the militia, who successfully repelled the Duke of Savoy's army. Click here to read about some of the celebrations we do during L'Escalade! 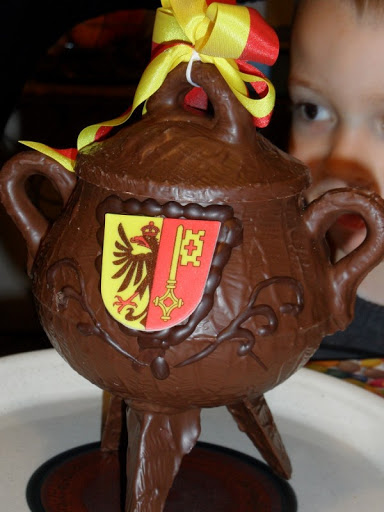 You can find chocolate pots all over during the L'Escalade festival!
Protestant: In the 17th century, Geneva became a hub for persecuted protestants. John Calvin's teachings were already established in the 16th century. The work of Farel, Knox, and Beze also attracted many people to Geneva. Geneva was even nicknamed "Protestant Rome". 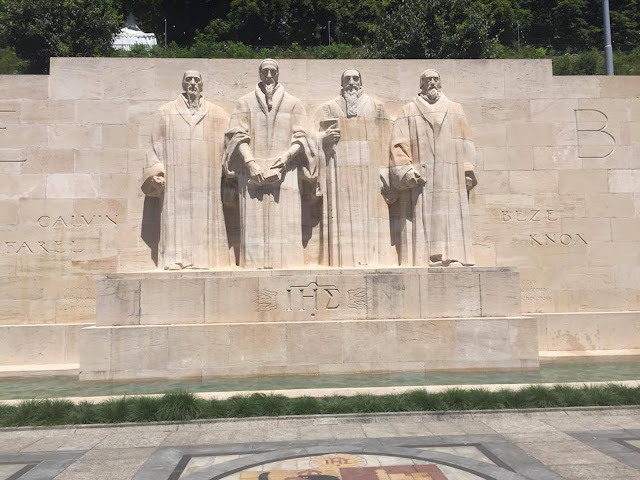 The Reformation Wall in Geneva! The statues of Calvin, Farel, Beze and Knox are present.

Swiss Confederation: 1814 is a very important date in Geneva history because Geneva joined the Confederation of Switzerland. Geneva quickly grew as a banking hub and a leader of the industrial revolution in Europe.
International Hub: Switzerland's neutrality during the World Wars led to many refugees moving to Switzerland, with Geneva being a popular site. Many agencies and organizations such as the Red Cross and League of Nations (Predecessor to the United Nations) were founded in the city.
Sites and Places to Visit!
I've given my fair share of tours to people visiting Geneva, and so this is usually the path I take people on.
1. Jardin Botaniques (Botanical Gardens). The garden is home to over 16,000 species of plants. It is a great place to take a walk in. There are also free Wi-Fi, fountains, benches, so all in all, the Botanical Gardens are a great place to spend some time in. Also, entry is free! 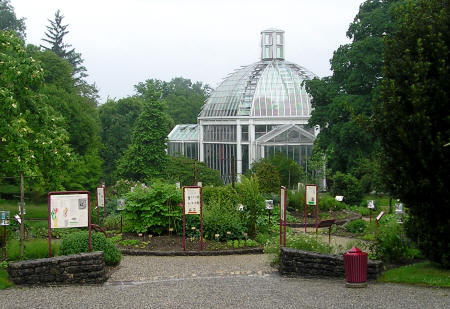 2. United Nations (UN)/International Committee of the Red Cross (ICRC). The other great thing about the Botanical Gardens as a starting point is that the UN and ICRC are both very close (around 10 min waking distance away). 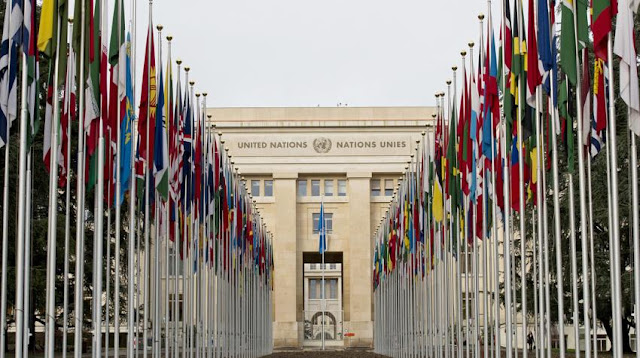 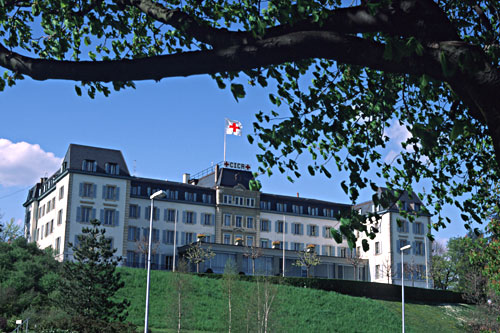 3. Boat Ride! Lac Léman is so beautiful, especially on a sunny day, which means a boat ride is a must! I like going with the Mouette Waterbuses because these boats are a part of the public transport system in Geneva, which means your train/bus ticket will also work for the boat! The Mouettes have 4 different lines, and will take you from one side of the lake to the other in just a few minutes. They also run very often, which makes it very convenient. Ferries across the lake or private boats are also very common.

4. Jet d'Eau (Geneva Water Fountain). Jet d'Eau means water jet, and this fountain is probably the most famous landmark of Geneva. Interestingly, the fountain was not built as a fountain! The Jet d'Eau was first built to control and release the excess pressure from a hydraulic plant. Since then, people liked the it so much that it has become the symbol of Geneva. The water can reach a height of 140 meters, with a pump rate of 500 liters per second. You can see the fountain from all around the lake, but I like getting right up and close to it to feel the full effect. 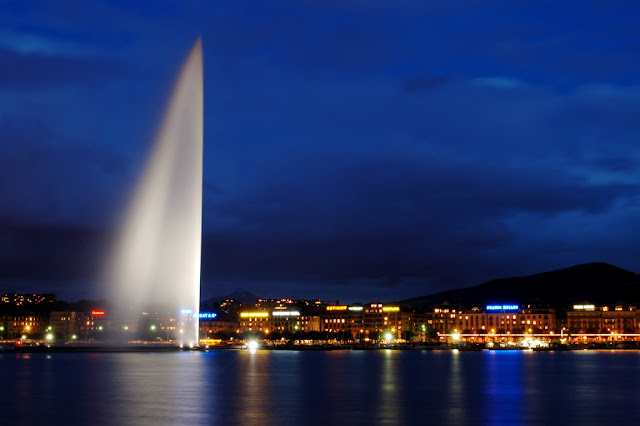 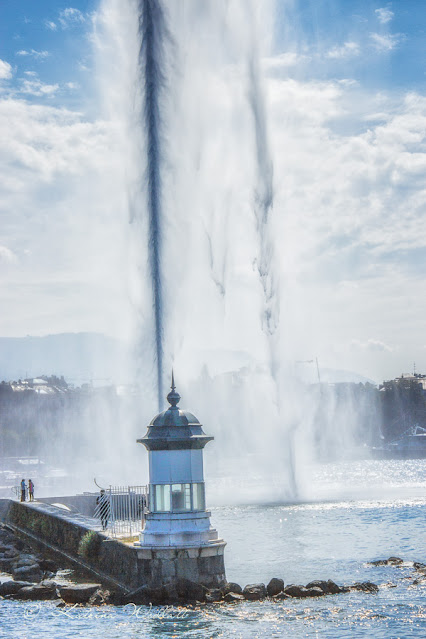 5. Jardin Anglais (English Garden). This garden/park is among the most popular sites in Geneva for tourists and for locals. It is a great place to walk or run, as you get really nice paths coupled with a gorgeous view. It is also a great place to come and have a picnic. There are lots of benches and grass to sit on. Jardin Anglais is also the home to the L'horloge Fleurie (Flower Clock) and the National Monument commemorating Geneva’s integration into the Swiss Confederation. During warmer seasons, the garden also has food stands set up, and a Ferris wheel. 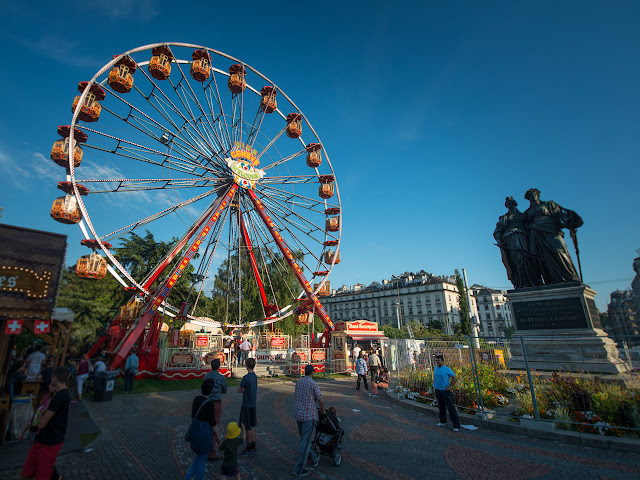 The National Monument and Ferris wheel
6. Vieille Ville (Old Town). Old Town is a must for every visitor to Geneva because you almost get taken back to a different time period because of the architecture, street design, and general atmosphere of the location. Old Town is on top of pretty much the only hill in Geneva (so it's not hard to spot!). Here is some great information on Old Town. My personal favorites are St Peter's Cathedral, Maison Tavel (a museum where you can learn much more on the history of Geneva), and looking at the views of the city from above. You can also find the Marronnier de la Treille A.K.A the longest bench in the world just outside the entrance to Old Town, and this bench is popular amongst tourists. 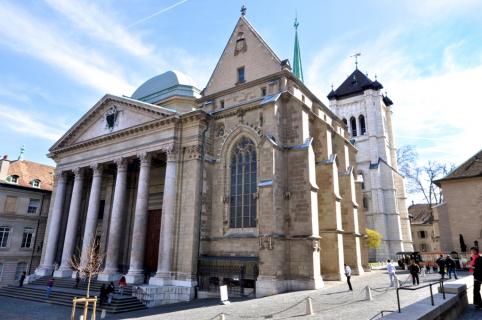 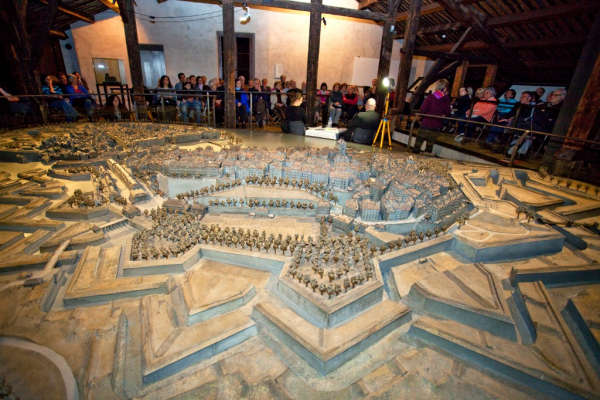 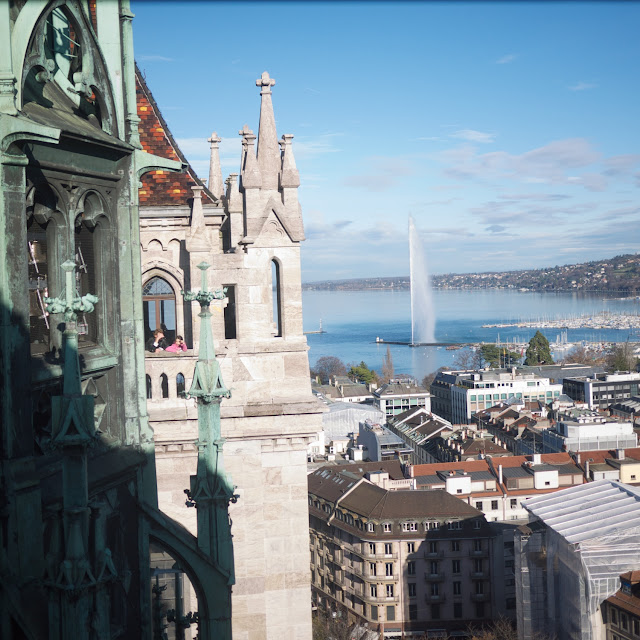 View from the top of St Peter's Cathedral! (Entry into the cathedral is free but you have to pay to climb up the stairs) 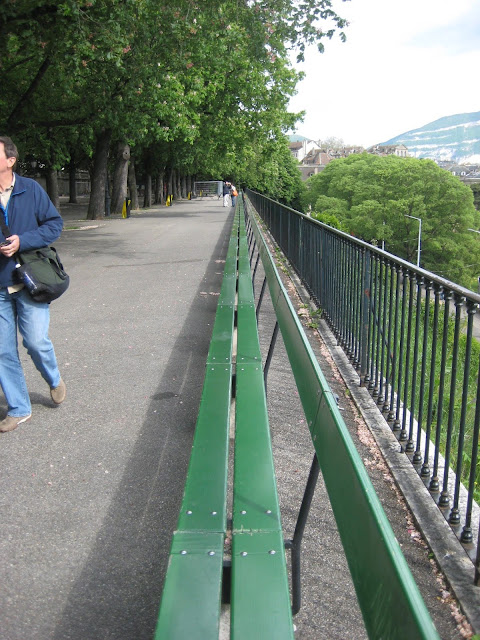 The longest bench in the world
Those are usually the places I bring people to whenever I give tours. After visiting these places there are also plenty of other things to do. There are many popular shopping streets around the city. There might be food festivals or street markets. The cinema at Balexert is the largest cinema in Switzerland, and Balexert's cinema is also home to one of the few places in Switzerland where you can find IMAX screenings!
Fun Facts!
That brings to an end the third installment of Swiss Cities in Depth. When I first started writing for Adventures at Franklin, I really wanted to continue this series and cover my city, so this post means a lot to me. I really enjoyed writing this post, and I even learned a few things about my home city while conducting research. I hope you learned a few things too!
I intend to write one more Swiss Cities in Depth post later in the semester, which will cover Zurich! However that post will happen later in the semester, probably a few weeks after Academic Travel.
Next week on Adventures at Franklin, I have an exciting project in the works covering some of the newest members of the FUS community. I'm super excited to share this, so come back on next Saturday night to check it out. Until then...
A presto,
Asa
fall 2020 fall semester geneva swiss cities swiss cities in depth