- September 14, 2016
Hello! Welcome to a new series called Swiss Cities in Depth. I'm interested in highlighting some of the great places Switzerland has to offer by featuring some of its cities here on the Adventures at Franklin blog. Since the majority of the country is accessible within several hours by train, these cities are also excellent to visit for a day or a weekend.

I thought that the best way to begin would be by writing about the city that Franklin calls home — Lugano. Technically, Franklin is located within a Comune (municipality) called Sorengo. However, Sorengo lies within the metropolitan area of Lugano, the largest city in Canton Ticino.

Lugano has existed, albeit in a less developed form, for over 1000 years. There is proof the area was inhabited dating back at least to the 10th century, and artifacts discovered have shown that the shores of Lake Lugano have been inhabited for far longer than that.

As with the rest of the territory south of the Gotthard that now comprises the region of Ticino, continual disputes over the rightful proprietors took place for several centuries — especially between the municipalities of Como and Milan in nearby Italy. In 1513, a period of peace and relative prosperity began when Lugano became a Swiss dominion, and it was nearly 300 years later that it became a true part of the Swiss Confederation.

The population of Lugano soon began to expand rapidly, owing much of its growth to the opening of the San Gottardo railway, which enabled easier access to Ticino from the rest of Switzerland. After that, the rest is history — the city became a cultural center and a touristic hotspot.

Nowadays, Lugano is best known for its mild climate, beautiful scenery, cultural and outdoor activities, and for its role in Switzerland’s banking sector (Lugano is the third financial center of Switzerland, after Zurich and Geneva). Although it is not the capital city of Ticino, the Luganese district has the highest population in the Canton. Additionally, it is comprised of 59 municipalities that are divided into 12 groups. 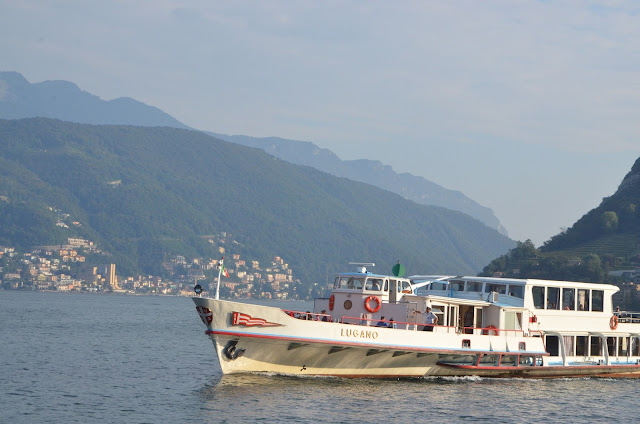 When I think of Lugano, I always picture the vivid colors that are found here, especially during the summer. I love the way that the greenery contrasts with the intense blue of the lake and the colorful buildings clustered along the shore.

Well, that's it for today! Hopefully you learned something new about this beautiful city.

If you have any questions, comments, or have an idea about content you would like to see in the future, please let me know below this post as I would love to hear from you.

P.S. If you are interested in more brief information about Lugano and its history, please see the links here and here.